The Centers for Medicare & Medicaid Services’ (CMS) grace period for denials of claims under ICD-10 will end on October 1, 2016. Healthcare providers and billing companies must be prepared for this deadline and its financial effects. 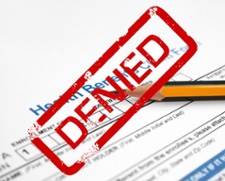 When CMS instituted the new ICD-10 program last year, it announced that Medicare claims would neither be denied nor audited based on their coding, as long as practices submitted an ICD-10 code from the appropriate family of codes.

A recent article in the ICD10monitor entitled “ICD-10 Denials Are Increasing: Fact or Fiction?” written by Kim Charland, BA, RHIT, CCS, stated that, “Several industry experts have been indicating over the last few weeks on ICD10monitor’s weekly Internet broadcast that ICD-10 denials do seem to be increasing. Due to many factors, ICD-10 coding accuracy rates are hovering on average in the 80-percent range, and there seems to be an expectation that denials will begin to increase.”

In addition, a recent ICD10monitor poll conducted to see how provider subscribers are actually doing, found that 71 percent of respondents have seen an increase in ICD-10 claim denials since ICD-10 implementation and 58 percent have experienced an increase in denial dollars since the implementation of ICD-10.

In the article, a past chairman of the Healthcare Finance Management Administration (HFMA) and a former hospital CFO suggested for an average-size hospital, the average increase in denials could be $1 to $3 million.

GeBBS Healthcare Solutions can help you be prepared for the end of the ICD-10 grace period and its effects on your coding denials. We can help you improve your coding accuracy which always carries a significant impact on reimbursement and cash flow. Denials, which will be exacerbated by the end of the grace period, reinforce the need for coding accuracy training. The number one reason for complex RAC denial is inpatient coding error. Eighty-one percent of hospitals report complex denials based on IP coding errors and 40 percent of hospitals report OP coding errors have the largest financial impact.

Is your coding ready for the ICD-10 post grace period?