Modern Healthcare magazine reported last week that Intermountain Healthcare, Ascension, SSM Health and Trinity Health are working with the U.S. Department of Veterans Affairs to pool their capital and 450 total hospitals to fight back against drug companies that unexpectedly hike the prices of decades-old off-patent generic drugs with minimal competition. They also look to create a more reliable supply of generic drugs like saline and sodium bicarbonate that are vulnerable to shortages.

While the health systems didn&#x27;t specify what drugs their new venture will make, they want to provide both sterile injectables and oral medication either through their own FDA-approved manufacturing facility or by contracting with existing manufacturers. Most hospitals have some compounding pharmacy capacity, but the initiative will not use hospital compounding facilities to produce products, Harrison said.

Industry experts have commented that while they applaud the effort and think it might be a step in the right direction, this endeavor is going to be a labor-intensive and costly to set up manufacturing efforts. 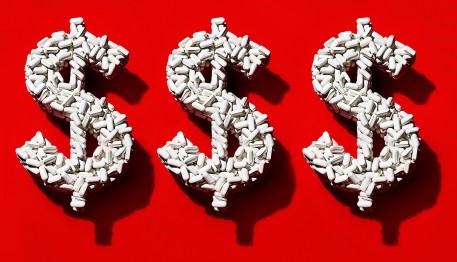 Players across the health industry have discussed how to cope with dramatic price hikes of widely used drugs coupled with enduring drug shortages, but solutions have been harder to come by. Retail prescription drug expenses accounted for about 12% of total U.S. healthcare spending in 2015, up from about 7% through the 1990s, according to a recent report from the U.S. Government Accountability Office. Branded drugs with no generic alternatives, or single-source drugs, are the main culprit. A study from Blue Cross and Blue Shield Association found that patent-protected drugs make up 63% of total drug spending. This new endeavor cannot combat 63 % of total drug spending.

But even off-patent drugs are part of the drug price dilemma. Valeant Pharmaceuticals, for example, acquired the rights to the off-patent heart drugs nitroprusside and isoproterenol and increased their respective prices 30-fold and 70-fold over a three-year span. The Cleveland Clinic found that utilization across 47 hospitals it studied decreased utilization by 53% and 35% for nitroprusside and isoproterenol respectively, which took a toll on patient safety and outcomes.

The health systems are making a valiant effort, but it is very unlikely that their work will significantly affect the cost of drugs or any drug shortages.